Looking back to the trip I made with my parents to Paris in October, it seemed so close but yet also so far way, I guess I am still a bit shocked with what could happen to a city and to people in a short period of time. Of course, I will not talk about what happened in Paris in this post, but purely to share my trip with you.

It was the second time I went to Paris, and the city still amazes me in many ways. Last time I went there was Spring 2012. The city is needless to say very charming, no matter whether it is Spring or Autumn. It was the first time for my parents in Paris, and they were “overwhelmed” by the architecture of the city they thought Paris is full of beautiful tourist attractions. And the famous Parisians, they were really not that bad! They were willing to help us, speak English and one lady even warned us to be careful with thieves.

We didn’t buy the metro day tickets because I calculated that buying 10 metro tickets at a time would actually be cheaper for us. (if you buy 10 at a time, you will get a small discount compared to buying a single ticket) Our trip was 4.5 days, so the 2,3,5 and 7 days metro tickets didn’t suit our travelling agenda. In total I think we bought 3x 10 metro tickets, and it was enough. We didn’t buy that many tickets because we also walked a lot, according to the iOS data, we walked more than 22000 steps every day. But in my opinion, walking (if feasible) is one of the best ways to explore cities.

Paris is very expensive, so you have to do your research before you go for dinner in order to have good and affordable food. Or you can do what we did, I did some research upfront and one of my colleagues gave me some tips as she lived in Paris for a couple of years. But the majority of the times, we just walked away from the touristic parts. Often we were wondering around in the residential areas, with a lot of local shops, markets, bars and bistros. Then we would stop for a cup of coffee in the afternoon, or grab some dinner. So I can’t give a lot of actual addresses for you to go to, but just bear in mind, try not to stop for something to eat at the touristic parts. It happened to us once that we want to stop for a coffee, the waiter asked me where do I come from, I said China. And he went back to the cafe for a different menu, it charged 9.5 Euro for a Cappuccino! Unbelievable, isn’t it? But I was not easy to be fooled as I am actually living in Europe so I know how much a drink should cost.

Another thing to take into consideration when you are in Paris, or France in general, is that you shouldn’t have your breakfast at the hotels. You should go to the local bakeries, they can be found everywhere. Try their bread, baguette, sandwiches and viennoiserie (croissant, pain au chocolat and so on). We paid merely 10 Euro a day for breakfast for 3 persons, while we have to pay for 17 Euro per person at the hotel.

Speaking of hotels, the location of our hotel was absolutely perfect. It’s on the left bank in the 5th arrondissement. Only a two minute walk to the nearest metro station and a lot of restaurants, shops and supermarkets are nearby. It’s a bit noisy because we had a room which was on the street side, but for the rest, I have no complaints. The hotel name is: Libertel Austerlitz Jardin des Plantes.

One other thing I have to highlight is that I rented a Wifi Hotspot in Paris during my stay. http://travel-wifi.com/ You can find more information on their website. The device is as big as my palm so you can bring it easily in your bag, even in the pocket. I do recommend you to bring a power bank with it as well, because the battery runs out after 5-6 hours, and you will want to keep it charged. With the help of having wifi all the time, I could use google maps as much as I want to (I suck at check maps), and occasionally we posted pictures on social media channels (of course). So this could be considered as it’s really not that expensive.

You can find some of the pictures we took during our stay in Paris below, and I hope you will enjoy Paris just like we did☺ 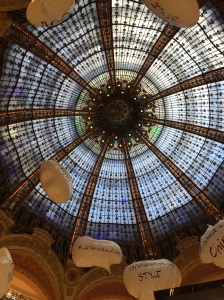 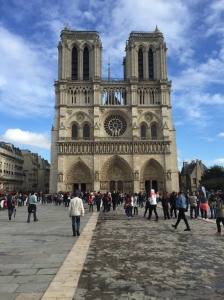 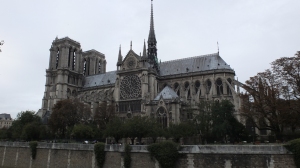 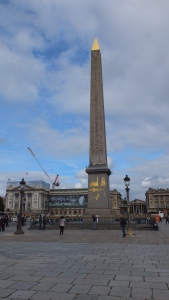 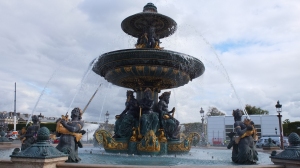 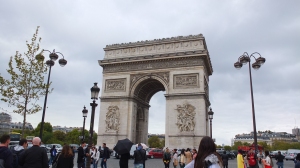 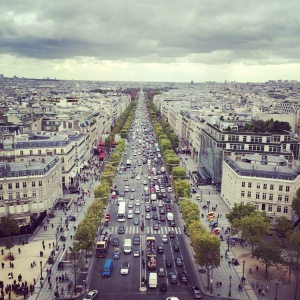 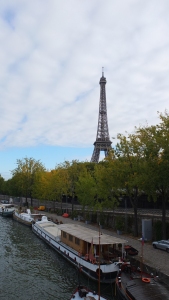 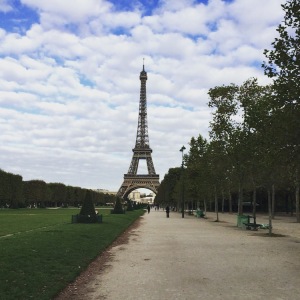 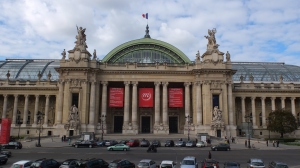 Chinese, living and working in the Netherlands. Enjoy travel and food, preferably at the same time. View all posts by Ting